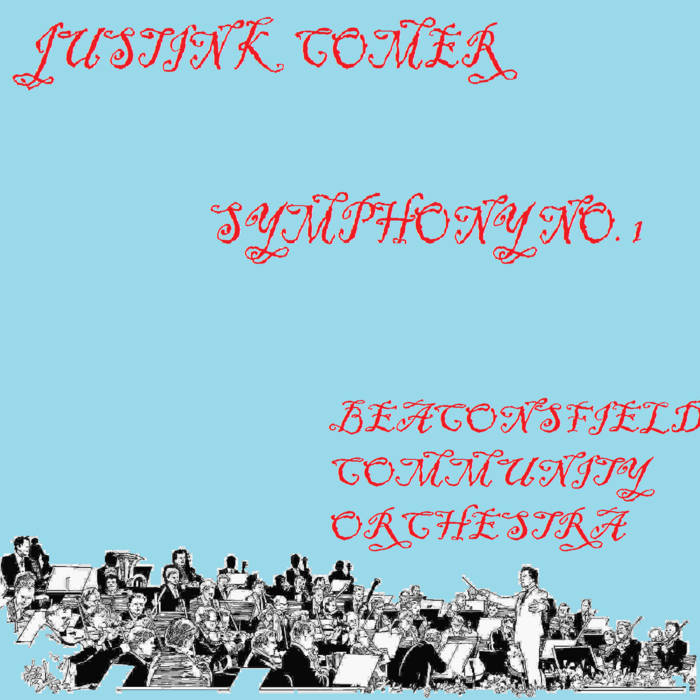 Early in 2016, I woke up one morning to an email from a woman named Flora Poil. Apparently, we met back in 2007 when I played tenor sax for the Iowa All-State Band and she played viola for the orchestra. Unfortunately, I have absolutely no recollection of this as I spent most of that visit to Ames sick and delirious. Anyway, she had been searching online for composers in Iowa and came across my website and remembered me from that brief meeting. She currently lives in the small city of Beaconsfield, Iowa, and conducts an orchestra made up of Beaconsfield residents and others from the surrounding area. The group was hoping to get some new music to play by a native Iowan composer and Flora wondered if I might be interested. I was hesitant.

The group is mostly made up of older players who prefer more traditional classical music to my typical experimental contemporary work. And frankly, I wasn't very optimistic about the abilities of a volunteer ensemble in a small rural community. But, their ambition in seeking out new music intrigued me, and my desire to promote an active musical culture in my home state outweighed my reluctance. I wrote back to Flora and expressed my interest in working with her and the group, but that I would like to attend a rehearsal before fully committing. Writing an orchestra piece would eat up a lot of my time, after all. We decided on a date when most of the orchestra would be able to make it and when I'd be able to make the long drive across the state.

I kept my expectations low, perhaps unfairly, but that first rehearsal blew me away. The Beaconsfield Community Orchestra is by no means a professional ensemble, but they really care about what they're doing. On that day they had a fairly strong string section and a few decent wind players. They were playing anything Flora could get her hands on, mostly public domain pieces she obtained online. They were excited to meet me and I was impressed by their passion and sound despite the less-than-full forces. I went home happy, and about a month later I emailed Flora a draft of a new piece. Less than a week later, Flora wrote back and told me the orchestra was thrilled with the new music. They were playing music by a composer who was not only alive, but lived just a few hours away. And I was having a GOOD experience with an orchestra that WANTED to rehearse my music. This is not a dig at any of the ensembles I've worked with previously, but it's just the nature of the business that there's not enough time to rehearse new music. Rehearsal time is usually better spent working on the established pieces that orchestra audiences are paying to hear, rather than the stuff they've never heard of. Most composers today struggle with this, but that's a diversion for another time.

Anyway, as the months went on, I continued working on the piece. Writing additional material, extending some sections, revising earlier parts to better fit the whole. More work than I had put into a piece in years. Every time I sent Flora a draft, I heard back that the orchestra was growing increasingly excited about playing a brand new work. They were even recruiting their friends, neighbors, students from nearby middle and high schools to join the group. Even a couple Iowa State students were driving down as their schedules allowed. This tiny town was getting closer and closer to having a full orchestra. Though the work was fulfilling and I was enjoying myself, I was keeping these activities secret for the most part. I was still unsure about where this work was all leading. I wasn't entirely certain in my own abilities to write in this outdated idiom. I didn't know how my more experimental and radical musical compatriots would react to my new old-school piece. As the year continued, the ensemble continued to grow into a real orchestra, and my piece grew into a real symphony (though I was beginning with a slow movement; I can't be 100% conventional).

I was feeling like the piece was nearly complete around mid-September, and Flora notified me that the group was interested in putting on a public performance at some point in early 2017. A few days later, I sent off a final draft of this now hour-long (!) piece, and we set a date: January 4th, 2017. Not a long time, really, but considering they had been rehearsing drafts of the piece for months at that point, we felt three more months would be enough time to perfect it. I attended a few of the rehearsals, providing insight to the phrasing and form of the piece, and all the other self-indulgent stuff that happens when a composer meets with an ensemble. When the day finally came, we gathered a modest crowd (but larger than you'd expect in a small rural community in the dead of winter) in the gym at Mount Ayr High School. The Beaconsfield Community Orchestra delivered an excellent performance of my Symphony No. 1, and I'm proud to release the recording of that performance to you now on April 1st, 2017. I congratulate the Orchestra on their growth in the past year and look forward to their continued growth and success. I eagerly await our next project together.